Introversion is Not a Pathological Condition 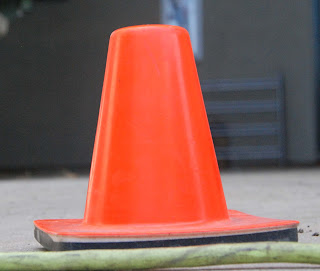 According to the book "Quiet : The Power of Introverts in a World That Can't Stop Talking", somewhere between 1/4 and 1/3 of the population are introverts. According to other sources, too many to list, the percentages in technology fields is much higher. In fact, it is so commonly accepted as fact, that I bet most of you read that and went "Uh-huh" or had thoughts to that effect.

On the other hand, as discussed in "Quiet" the heads of many (most?) American corporations are extroverts. This is not necessarily a good thing, which may come as a surprise to many people (in the States). America is one of the most culturally extroverted countries in the world and this leads to a preferencing of extroversion over introversion, even within technology companies - if you want to rise to the top that is. You need to learn to be the loudest or most persistent voice in the room (and it helps in this regard if you are a White male). Dominating a conversation, and sounding super confident, doesn't say anything about the validity of your ideas, but we often act as if it does.

"Quiet" does a credible job of refuting the contention that it takes a super extrovert to be a successful leader. Even in corporate America. In addition to referencing a bunch of research, the author provides several compelling case studies of where over the top extroversion led to chronic poor decision making and the ultimate demise of a company. She also makes a strong case against the argument that it is "natural" that extroverts should and will run the show. In our cultural cocoon we may think so, but biology, history, anthropology, evolution say otherwise.

Bottom line: We need balance and we need to pay equal attention to everyone; this may mean going outside our comfort zones.

But do we ever make it hard on our introvert colleagues sometimes. Instead of valuing the strengths of introversion, we push people to change. How many friends or colleagues in technical careers have you met who are great contributors, incredibly productive, but who are being pressured to move into a management track, the thought of which makes them miserable? In part it makes them miserable because of the implicit understanding that they will need to change their personality in order to "succeed".

How many people with excellent experience and skills for a needed activity are overlooked because they "think too much" or "are too sensitive"? I mean really, what a way to put somebody down and keep them down - make them feel defective.

While reading, I had a new insight into the challenge of increasing support for computing education in the schools - something I spend a lot of my professional time thinking about these days.

In my ideal world, everyone would be heard and equally valued. Women in computing talk about this frequently as a gender issue, and I agree that there is a gender issue here. There are many layers here; I want to hear what other women in computing have to say about this; I'm going to get my opportunity, because the book club discussion of "Quiet" by Global Tech Women is tomorrow. Are you attending? Everyone is welcome and everyone will be listened to and respected. Of that I am sure.

Is the Internet for Introverts? or Extroverts? 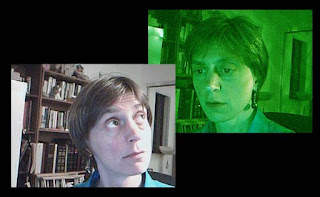 Many interesting things baking in the interdisciplinary computing oven, which, one can only hope, I will be able to report on later this summer. Meanwhile, if you see a snorkel going by feel free to wave.

As the pages turn, I am reading the book Quiet: The Power of Introverts in a World That Can't Stop Talking on my Kindle. Generally a physical book person, I decided that in honor of Global Tech Women's upcoming inaugural book study group meeting this Friday, I would go all out and follow the bits where they might lead. I wasn't sure I was going to like this approach until I discovered simultaneously the ability to highlight, add notes and the best part of all, to write without picking my fingers up off the screen. Now I have become a writing fiend on my Kindle and my Nexus (and I finally have something easy to explain that I can tell my non techie iPhone friends about why I like my phone better than their phone and why my phone is easier to use than their phone).

But I digress. I want to talk about what "Quiet" has to say about the Internet as a haven for extroverts. Society at large, along with its other mis-perceptions of computing people, often tends to stereotypically think about the Internet as favored by introverts, those sad, sorry souls who can't communicate F2F and prefer to type late at night, with only the green glow (dating myself here) enabling them to see the stale pizza they are gnawing on.

If this stereotype wasn't so embedded in the cultural psyche, it might be easier to convince society at large that computers and computing is cool, and can be used in the service of social change.

But wait a minute...once the Web was overlaid upon the Internet (how many people today realize that the Web and the Internet are not one and the same?) we began to see the power of collaborative activities. How come, with all the global attention that has gone to the power of social media, in particular Twitter and Facebook, in such arenas as spreading word of the Arab Spring, of getting the word out when authoritarian governments would prefer otherwise, how come we don't think more about the Internet as a haven for socially adept action oriented souls?

It seems to me, that when you stop and think about it, there are a lot of not so pasty-faced, not so shy and retiring people out there fomenting all sorts of things on the Internet, in teams, in groups, collaboratively. An argument can plausibly be made that the Internet (not just the Web) has become the haven of extroverts.

There is a dark side of course, which "Quiet" discusses at some length, and that is the power the Internet has lent to the creation and perpetuation of Group Think. Collaboration on a grand scale, social movements and... the hive mind. Yeah...just think about all those cross postings on Facebook that your friends share without having hardly read, or have skimmed and taken at face value just because everyone else is saying so. Have you ever found yourself feeling momentarily guilty or ashamed because you don't agree with the latest post from "your group"? It is easy to just jump on board, isn't it?


Who spends the most time online, head buried in the screen?

Who gets most energized about taking control of the pipes and what flows through them?

What Does Awesome Product Mean? 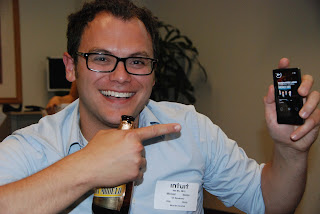 What is the most awesome product you have ever encountered? Anything goes. I don't necessarily mean software or hardware or anything digital at all. If you believe it is a vacuum cleaner, great. Our instructions last night, as 50 of us lounged around the research labs at Intuit, were to form small groups and each present the most cool, fantastic, wonderful product we could think of. Then we were to pick the favorite of the lot. Next, small groups were to come together and report to the entire UX Speakeasy meetup on their findings.

Voices sometimes came out of the ceiling which was a bit disconcerting, but there was a logical explanation. We were too many to fit in one room so half of us were next door behind one way glass. From the observation room, half of us spied on (watched) the goings on of the other half, and contributed by speaking through the ceiling. From the front room all we could see was dark glass. Who knows what was really going on back there. The occasional thump against the glass gave no real clues.

Herding instinct tried to take over in the chosen products as most of the UX crowd chose mobile apps. Some of these apps were quite interesting, but I was somewhat disappointed that there wasn't more thinking outside the box. Nonetheless, there were a few fun surprises.

One member of my group loved his ancient music player. Dating from before the iPod, before iTunes, there was this little hand held device that did nothing but play music. It was called a Zune HD, made by Microsoft and definitely ancient (3-4 years old). Why was this device so awesome? Simplicity. All it did was play music. Period. No complicating phone or computer. And it was small. Unlike my monstrous Nexus 4, which I am having to regularly tell to STOP telling me things and sending me messages and notes and bings bongs and chirps. Once it took me three days to figure out why it kept randomly chirping at me and stop it.

Let's hear it for simplicity.

Then there was Air New Zealand. Air New Zealand received a loud round of "ooooohhh!!" and "ahhhhhh!!!" from the audience as we watched this nifty web site where you can put in how much money you have to spend and in return you get nifty displays showing how far you can go. Almost slipping under the radar, it caught my attention when the guy introducing the site to us said "All of our team had mobile apps. I went old school and brought my laptop. It paid off. I won".

(What does this have to say about the power of originality and standing out from the crowd?)

Perhaps my overall favorite of the evening came after the formal presentations. Someone showed me an app (yes, a mobile app) that measured your heart rate. Sounds ho hum until you play with it. You put your finger over the camera and a light shines out on your skin. The phone starts taking a reading and displays a live graph of your heart rate. The fun came when I challenged the device by holding my breath, jumping up and down, and engaging in deep and noisy heavy breathing. Not all at the same time.

Holding my breath confused it at first. The little graph quivered on a plateau for several seconds. Otherwise I managed to move my heart rate from the low 60s to close to 100 fairly easily.

I really wanted to take the phone away and sit in a corner and meditate for a while to see what would happen but other people wanted to play with it too.

On a more serious note, several members of the meetup organizing committee went out of their way to wear different shoes last night, in order to demonstrate that they had variety in their wardrobe. This in response to one of my previous posts where I took note of fashion choices among the attendees. I present the shoes - if you were at the event or know the committee members, can you identify them from their footwear?