This is quite the post for several reasons. I am in Washington DC attending the third Interdisciplinary Computing meeting. I posted about the previous two earlier this year [the January meeting, the April meeting] . When we were at dinner, I was sitting next to someone who is in the arts and telling him how I was very interested in finding an interesting project that crossed over computer science and the arts for a chapter in a future edition of my book. Well, I got back to my hotel room and discovered that the video card on my motherboard has gone out. So I am writing this post on a psychedelic smeary LSD reminiscent screen - and I can't really read what I'm writing. This is not exactly what I had in mind when I asked for a convergence of art and computing. Beware what you ask for! For the next two days I'll be writing this way, as a replacement part will be meeting me back in San Diego later this week. Meanwhile...have patience with the typos and lack of editing because I can't see beyond the pulsating purple and lime green.

So on to the meeting report.  As always, all of the comments in this post are my interpretations and reflect my perspective on what occurred. They are not any "official" pronouncement and there may be others at the meeting who have a different set of thoughts. If that is you, please chime in!

Today was the most incredible example of synergistic conversations that can come out of putting passionate widely divergent thinkers together.

Two of our meeting goals (as laid out by our trusty leaders Boots Cassel and Ursula Wolz) are to identify the breadth that is Interdisciplinary Computing (IC) and how to Facilitate Interdisciplinary Computing. Lynn Andrea Stein from Olin College talked about the interdisciplinary nature of Olin, an engineering school that was able to design interdisciplinarity into itself in a holistic way in part because they were able to start from the ground up approximately 10 years ago. Valerie Barr from Union College, founded in 1795 and the first college in the United States to offer engineering programs, provided an interesting contrast as she spoke about her work with a large range of successful IC programs.

A common theme was the infusion of computing into courses outside the traditional curriculum as well as a major rethinking of CS coursework - both institutions are having great success, attracting more students into the CS courses and increasing diversity.

With the audience of CS faculty, arts faculty, education, math (and more) faculty chiming in and asking many questions the phrase came up: Hearts, Minds and Culture. All three must be addressed. Further discussions delved into what that means. At the faculty level, student level, institutional level.

We had two breakout sessions and in both I was extremely priviledged to sit with some of the most interesting and engaged people. We wrestled with tough questions such as:

Outcomes are important (we all agreed) as are Goals - should Goals come first, followed by Outcomes followed by metrics for assessing them, or perhaps should desired Outcomes be the starting point with the other items emerging from there? It turns out to be a fascinating way to turn your thinking on its head.

Verbs vs. Nouns. Several breakout groups  (including ours) independently came up with this terminology to describe how we must stop thinking in terms of Nouns (e.g. "content") and think in terms of Verbs (what do we want to DO, to have students DO). And if we make the mistake of framing Goals in terms of Nouns instead of Verbs, we will undercut the whole purpose of trying to be innovative and creative and flexible in our approaches among different departments. Noun (content) orientation can lead to "content wars" in many cases and a lose-lose situation, as opposed to a win-win situation in which everyone can find common ground.

Very interesting idea. Think in terms of Verbs - it makes sense that this orientation would lead to a greater chance of finding mutually beneficial modern ground among widely diverse faculty. Gets us away from the dreaded "coverage debates" many of you no doubt know too well.

I'm going to short change some of the day's activities a bit in order to keep this to a reasonable length for a post, but there is one last item that energized me so much I must mention it. One participant, during a full group discussion, asked the question: should we think of Interdisciplinary Computing as "corrosive"? Corrosive in that it breaks down institutional boundaries and structures? And if so, is it corrosive by its very nature or is it something that those involved would want to specifically focus on? Corrosive. Fascinating. That is such a vivid word. Think about that will you?

The same person followed up with this thought: if Interdisciplinary Computing is indeed corrosive, then the theoretical ground of doing IC work changes.

IC is rhizomatic he posited. I know what a rhizome is (in a general sense), but I had to ask for an explanation in the context of this conversation. He explained, (and I try to closely paraphrase) – you can’t teach what you want to teach from any one source. You break something and it will find its way around via  a different route.Wow... think on that one too won't you? This is what you get when you work with interdisicplinary minded people from different disciplines.

Finally, my vocabulary was expanded even further in the context of IC when in a breakout session we were discussing the topic of forming and sustaining IC community. One member of our group brought up this idea, which we all latched onto: the notion of the Interpersonal as equally important to the notion of the Interdisciplinary. The importance of realizing that it is relationships between people that will make or break IC and that a strong focus on developing, supporting and maintaining interpersonal relationships among *people*, not just "disciplines" is vital.

And finally, the most mind blowing IC vocabulary expansion  for my afternoon came with someone in our group suggesting we think about IC this way: as Inter-Epistemological.

What?
Inter-epistemological – theories and ways of knowing. The interconnectedness of different models of ways of working.

In digging around for some definitions of "inter-epistemological" someone found a previously published paper with an eerily provocative title:

Think about Interdisciplinary Computing (corrosive and rhizomatic) in terms of that phrase.

From purple smeary-land, over and out for the evening. 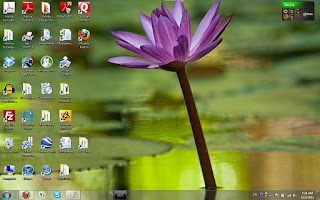